October 26, 2006
Our family doesn't go to church any more. I say I go to 'St. Nikki's' (because Nikki and I walk around Green Lake every week and talk and laugh and pray) and 'St. Benjamin's', 'St. Eowyn's' and 'St. Cosette's' because I'm lucky enough to live with those three ... So in a way we're not really not going - just depends on your definition of 'church' I guess!! Anyway, the reason I'm not going to official, formal, good ol' fashioned church is that I think it's a family thing, and Bens doesn't want to go any more ... In his words:

"We got to attend Solomon’s Porch this last summer during our 11,000 mile 33 state road trip. It was actually after visiting here that I officially finalized my long-in-the-works decison to not do Sunday morning church anymore. It was very kewl. Their meeting was in a big room with lots of couches and lazy chairs and such all arranged facing the center, and a big part of the meeting was an interview with a person who goes there who has a really fascinating story (as I very much suspect everyone does) and who was able to be very real and very honest both about her story up-til-now and about where she is now.
The other kewl thing was that ‘the talk’ (the speach formerly known as the sermon) (in fact the talk was by Doug Pagitt, who talks about how sermons tend to be ’speaches’ here) was very much a discussion, where the speaker talked for a little bit about some things he’d been thinking about, and then everybody else was invited to dialogue over it–not as separate little groups, but as a big group–in other words, the speaker was not the only speaker–anybody could, and did, get to share their reactions, comments, and further thoughts right then and there. Very very kewl. I enjoyed it. I’d do it again."

Jenny said…
Megan, it sounds like your on a slide downwards. I know I often don't want to go to church, but still do. Church is not just for you, but for others too. Just think what you can offer them. And your children.
I'm sure we can talk about this more soon (ie. December)
Fri Nov 03, 06:57:00 pm AEDT

gretta at lothlorien said…
I can certainly imagine Benjamin liking that Solomon's Porch thing. However I could never do without Church, in whatever form - at its most basic, a place where people are fixing their eyes on Jesus, both to worship and to experience afresh the good news that He helps us in our troubles.For instance, I went to Church yesterday broiling with all sorts of emotions - distress, disappointment etc, and really heard the gospel afresh. Dad preached a great sermon on Hebrews 12, which I have always loved, but I needed to hear it again. Church is going v well - it reminds me of All Saints, in the Wimber years - lots of love.
Sun Nov 05, 08:50:00 am AEDT

gretta at lothlorien said…
Actually, what was really good about Church yesterday for me was that I felt really clean after it, because of Jesus' sacrifice.
Sun Nov 05, 09:18:00 am AEDT

Benjamin Ady said…
Jen--shouldn't slides downhill be a bit easier and more fun than this?
part of the problem megan has had with "church" was that nearly every attempt on her part to make it about being for others was rebuffed by the leadership there. And her children were rebuffed. etc.
George Barna found that Christians are experiencing spriritual transformation (which is to say, in my opinion, *real* realationship) more *outside* the local church than inside. He further found that for the average person in this country, the church has about 0.5% of the influence in their life. so since clearly community and transformative relationship are absolutely essential, maybe it's ok, or even better to have these things *outside* the (more often than not toxic) church.
Mon Nov 06, 03:45:00 pm AEDT 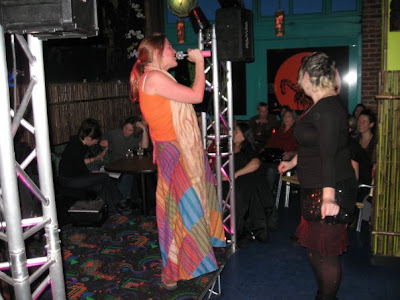 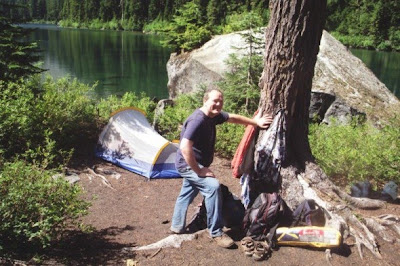